Lots of people who have not traveled on an aircraft experience the jitters when attempting it for the first time. The thought of being 30,000 feet above in the air enclosed in a tube like flying machine is enough for some to think twice. However, slowly as more and more venture out, this fear has greatly diminished. Furthermore, with a host of security features and a lot of backups the aircrafts have generally become a safe and faster mode of travel. Distances are covered in a much shorter span of time and the world has become much smaller with the advent of such machines.

When thinking of traveling, it’s not only the factors of being in the air that have to be thought of, but also the ground realities that have to be taken into consideration. The process of flying actually begins on the ground. Much earlier traveling from one place to another was a simple affair. One required just a passport, money for the ticket and  you were ready to go. However, now with technological advancement and terrorism on the loose, a lot of features and processes have been integrated and incorporated in order to travel by air. The following initiatives would definitely be a guide to cross the hurdle of being the first time flyer.

The destination plays an important part in choosing your options. It will decide for you whether there is one carrier or multiple ones operating to it. The more the merrier because the timings for departure are then spaced out then you can then plan accordingly and make a choice of your flight. Of course, the cost factor will also be involved in your choice, so plan judiciously.

Once you are organized with your paperwork, you need to prepare yourself with certain basics that could ease out your travel. Ensure that your check-in and hand baggage are within the specifications laid out by the airline you are travelling with.

The check-in counters generally have one counter designated for passengers travelling First Class, one for Business class and a few for Economy class.

That is the time you make sure that you move towards it (in case you are not there already) as fast as possible.

Most airlines board as per rows starting from the rear so that the aircraft fills in from the back to the front. That way there is no confusion or pushing and jostling amongst passengers.

For some first timers, this is where the ordeal begins. As the boarding commences a sense of foreboding prevails. It’s like being lost in the woods except that this is an enclosed space with lots of people around. But you must keep yourself calm.

A smiling flight attendant welcomes you on board and behind the smile is an unspoken assurance that you will be taken care of.

Landing is the penultimate chapter to your journey’s end. After landing and the aircraft coming to halt there are occasions when passengers in a tearing hurry to disembark rush toward the exit gate unmindful of the fact that like boarding there is a system for exiting the aircraft too. It is board

ing procedure in reverse-allowing the passengers ahead to exit first. So be conscientious and courteous enough to follow this system. After disembarking the final phase is the collection of baggage from the arrival hall. It takes a little while for the bags to be transported from the flight to the concourse in the arrival hall. So a little patience is no sweat and then you are free to go. 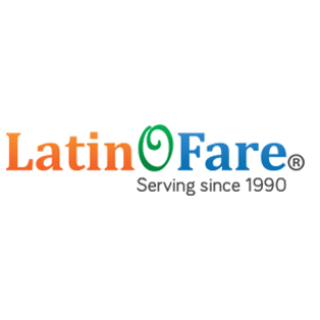 LatinOFare is a full house online Travel Company, dedicated to provide best-in-class service to its guest customers. We provide online Air travel deals with competitive international and internal flights within Latin America using a range of different airlines. Our customers can search for flights, compare fares, and complete their transactions securely online at www.latinofare.com we are proud member of ARC (Airline Reporting Corporation), IATAN (International Airlines Travel Agent Network). Our corporate office is located in Los Angeles, California since 1990 and we have international offices around the globe.